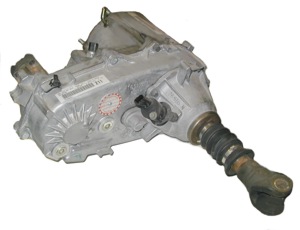 The Jeep NP 231 transfer case was introduced in the 1988 model year. Jeep's YJ Wrangler and the XJ / MJ Cherokees with the Command Trac option were the first models to feature it. The 231 was initially tagged as the 231AMC, and as ownership of AMC was taken over by Chrysler, it was later designated as the 231J. This transfer case was later to be called the NVG (New Venture Gear) 231J. Despite the different nomenclature, they are essentially the same transfer case, with the bulk of their parts interchanging.

Chain driven transfer cases were first used in the 1970's with partial success - Jeep's Borg Warner QuadraTrac being a notable instance. They increased in reliability and strength in the early to mid-eighties and essentially hit their stride in the late-eighties. The 231 has continued in the trend of chain-driven cases and is one of the most successful and popular of them all.

The 231 has a driver's side front output and centerline rear output. The NP231 features two ranges; a low range gear that is a respectable 2.72-to-1 (the lowest of all the Jeep transfer cases with the exception of the NP241OR) and a direct-drive in high range. It features three modes; two-wheel-drive, four-wheel-drive and neutral - for a factory combination of 2H, 4H, N, 4L. Aftermarket modifications allow for the addition of a 2 Low position. 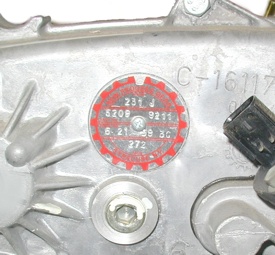 Early NP231's on Jeeps with a vacuum front axle disconnect feature (as is usually evident by the presence of a vacuum switch on the NP231) did not have a true neutral disconnect when shifted into neutral. The front and rear yokes remained connected. With the advent of full-time front axles in the Cherokee and Wrangler Jeeps, the vacuum switch was removed and Neutral became fully neutral, separating the input shaft from the output shafts and the output shafts from themselves.

The design of the 231 is very good. They were engineered for durability and simplicity of build - both an advantage to the OEM assemblers as well as individuals servicing them. The NP231 transfer case has turned out to surprise us in its strength, gearing, upgradeability and servicability. Most of our customers choose to retain their Jeep 231 with their conversions. It is very common for them to offer good service behind some of the strongest engines and transmissions.

The standard 231 weighs about 70 lbs. HD 231's can weigh up to 80 lbs. Fluid capacity of the 231 is from 1.5 up to 2 quarts. ATF is the factory recommended fluid, however many individuals have chosen to run a straight 30 weight oil or 5W30 in a mineral or synthetic. Our experiences with these and those reported to us by our customers indicate positive results in noise reduction and wear resistance.

There are Chevy & Dodge versions of the 231. The GM versions use a five-bolt front face that is incompatible with the Jeep and Dodge six-bolt styles. The Chevy versions also use longer factory adapters and require the extensive mixing, matching and purchasing of parts to make them compatible for Jeep conversions. 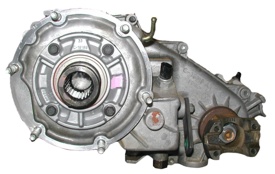 Heavier-duty HD and DHD units are available in ZJ Jeeps and Dodge trucks, respectively. The standard duty OEM 231 transfer cases are capable of transferring from 1600 to 1900 ft. lbs of torque (as claimed by NVG - actual experience puts this number quite a bit higher).

Wide chains, larger planetaries and stronger mainshaft/tailhousing assemblies (see Tailhousings, below) are also available if even more strength is desired. With such upgrades, a transfer case capable of handling 2900+ ft. lbs. of torque is attainable. This is a result of good engineering and refinement. 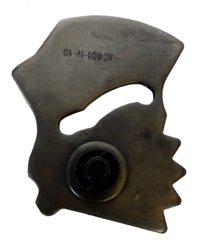 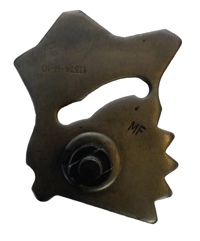 The early NP231 transfer case that was used in conjuction with vacuum controlled front axle hub disconnect on early XJ & YJ Jeeps did not have a true neutral disconnect between the front and rear axle when the 231 is shifted into neutral, as controlled by crown in the sector plate on the left.

The later 231's did have a true front / rear disconnect, as controlled by the valley in the sector plate, shown on the right.

The Jeep 231 is found behind these factory transmissions:

Adaptation to better transmissions is often less costly than rebuilding the weaker Jeep gearboxes and provides serious performance and strength upgrades. The 231 adapts very well to several popular transmissions, including: 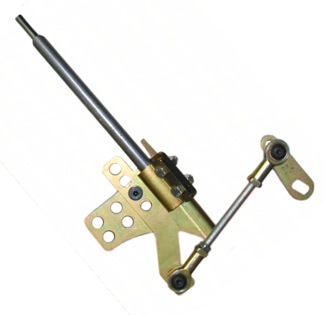 231's have a variety of factory shifter mechanisms. Essentially all of them are clunky and problematic "Z-gate" shifters. Their convoluted linkage systems can be entirely replaced with Novak kit #SK2X, our smooth shifting, universal shifter. This shifter assembly also simplifies the upgrade to the above transmissions.

One easily conquered drawback of the 231 is its length. With the introduction of the planetary reduction assembly and long tail sections, the 231 can offer a mild hindrance when performing some swaps with long engines and/or transmissions. This problem is worsened by suspension lifts and resulting u-joint angularity. It is recommended that a heavy-duty short tail shaft conversion be performed to reduce the length of this unit. 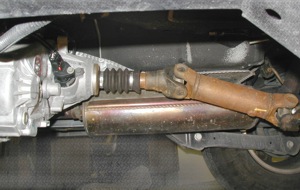 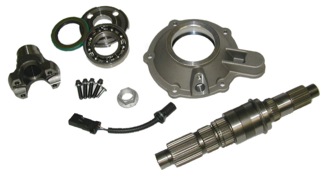 and a simultaneous upgrade to a stronger transfer case mainshaft, super-short tailhousing and electronic speed sensor.

Another thing to be aware of is the tendency of the slip-type yoke to pull and separate from the transfer case during extra articulation of the rear axle. Unless you own a TJ model 231, you will rapidly lose the ATF lubricant from the case if this occurs.

The 231 is possibly the simplest of all the Jeep transfer cases to rebuild. Their assembly is intuitive, and parts are easily available and affordable.

There is a great amount of variation in these Model 231 input gears, depending on the transmission and year of the Jeep. We discuss this topic in greater detail on this page, here.

NP231 speedometer gears are interchangeable to correct for tire size and axle ratio changes. See this page to learn more about this.

The 231 appears to have reached the end of its main production in Jeeps in 2006. However, expect it to be well supported by the aftermarket for decades to come.

The NP231 has turned out to be one of the great Jeep transfer cases. They are tough, well-supported in parts and information and can be built for great strength. They run efficiently and may go many miles between rebuilds.