Because Novak has always maximized our domestic supply and internal manufacturing paradigm, we are seeing little interruption due to the Co-Vi situation. However, permit a day or two extra for fulfillment and be aware that we may contact you with questions or options on items where our suppliers may be having difficulties. 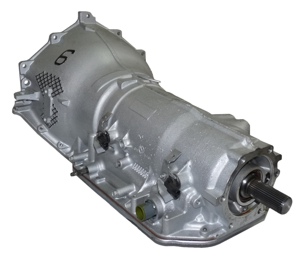 The 4L80E transmission is the advanced progeny of the legendary TurboHydramatic TH400 automatic transmission, and is based heavily on the 400 in both parts and strength, yet featuring an added overdrive gear, a lock-up torque converter and advanced electronic controls.

This article also covers a variant of the 4L80E - the 4L85E, which is built to handle even heavier-duty use, and all references to the 4L80E apply to it unless otherwise mentioned. Readers may also note that the 4L80 and 4L85 terms are sometimes used without the "E" suffix, as all GM automatics are now electronically controlled and therefore in no need of differentiation. 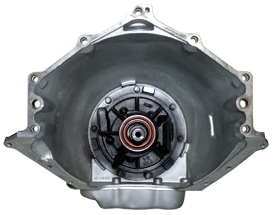 The 4L80 nomenclature denotes that the transmission is a 4-Speed, Longitudinally mounted, and for 8000 lbs. vehicle weights. It's RPO code is "MT1" and has been domestically manufactured in GM's Ypsilanti and Willow Run plants.

In 2006, GM superceded Dexron III as the recommended fill with Dexron VI, which is backwards compatible with the earlier versions. The transmission typically accepts a 6.3 quart fill. It features a dry weight of 254 lbs. and can weight up to ~268 lbs. full. Like earlier automatics, the 4L80 features one line pressure tap available for testing and diagnostic purposes. They also feature transmission cooling ports for (highly-recommended) external transmission oil coolers.

It's impossible to cover the 4L80E without discussing the great TH400 transmission, from which it was directly developed. The TH400 was so enduring at GM and other marques, that it was actually the last hold-out of the old-school automatics without a lock-up torque converter or overdrive. Because of the expanding success of the 700R4 / 4L60E transmission, GM saw the writing was on the wall and a gap was recognized. The 700R4 was a pretty tough transmission, but not quite in the class of the TH400. GM needed a heavy-duty automatic overdrive. 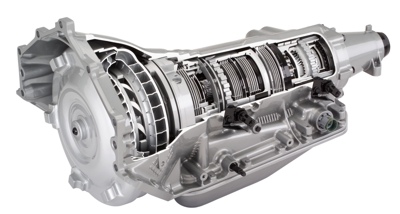 GM used as many TH400 parts and designs as possible in the 4L80E, but the added overdrive gear would require an extra gearset and slightly longer (~1-1/2") case. The rear tailhousing bolt pattern remained the same, but its indexing bore diameter was changed. Like the TH400, the 4L80E generally featured a large 32 spline output shaft in both the various 2wd and 4wd applications.

Like the other GM automatics, the 4L80E featured a die-cast aluminum case. Unlike the later 4L60E transmission, the 4L80E did not feature a removable bellhousing, but an integrated bellhousing with only the Chevrolet 90 degree engine bolt pattern being available.

In 1991 the 4L80E was rolled out in GM trucks, including the Sierra, Silverado, Suburban, etc. as well as the Hummer H1.

Though not entirely without glitches, the 4L80E was essentially successful and the transmission continued to be improved throughout its production span, with incremental changes entering as available.

The 4L85 transmission was introduced in 2002. Some of the differences included a 5-pinion output gearset and 5-pinion reaction gearset.

Like the TH400, the 4L80E is intended to operate between the duty range of the 4L60E and the Allison series transmissions, and prior to the current high-powered light-duty (2500-3500 series) truck diesel revolution, Allison transmissions were essentially only used in the medium-duty class (4000 series) trucks. This made the 4L80E the go-to transmission of the era with the Big Block gas and diesel engines of the 1990's. In fact, prior to the advent of the GM Gen. III Vortec engines, the 4L80E was available only with the Big Block 7400 gas and 6.2L / 6.5L diesels.

The 4L80E & 4L85E were also mated to GM's new Duramax diesels, but with the advent of these engines came the resurgence of Allison automatic transmissions at General Motors, with many buyers opting for them due to their available duty ratings above the already generous 22,000 lb. rated load capacity of these HydraMatics.

As with its TH400 predecessor, the 4L80 transmission found its way not only into significant GM applications, but also into luxury marques, including Jaguar, Rolls Royce, Bentley, and Aston Martin, as well as less glorious vehicles such as school buses and motor homes.

In 2006, with the introduction of the landmark and innovative upstart, the 6L80 6-speed transmission, the 4L80 began to be replaced in several applications, which was, doubtless, GM engineers' ultimate intention. Yet, the 4L80 continued use in GM's truck line-up like in 2007 when it was introduced into the Suburban and Yukon XL vehicles with the 6.0L engine.

The 4L80's staying power found it installed in several vehicles through 2009, such as the G-series vans, the AM General Hummvee, the W-Series, Isuzu and Workhorse chassis trucks. 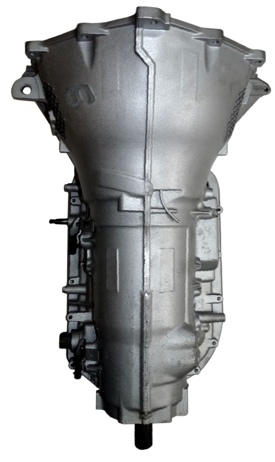 All 4L80E transmission use electronic controls; typically from the Powertrain Control Module. Some vehicles have shift maps that are selectable by the driver based on usage, such as towing. A portion of the PCM's strategy is shift stabilization, which reduces hunting.

The torque converter, in factory applications, is controlled by a PWM lockup solenoid for smooth lockup action. However, many performance enthusiasts prefer to reprogram the 4L80E to run as a simple on-off solenoid.

In 2004, the H1 received a 4L80E with its own dedicated T42 transmission computer. The transmission also received an improved Park/Neutral safety switch and improved transmission line pressure solenoid. Other GM applications were to follow.

Because the 4L80 transmissions are sometimes used in conversion applications with earlier, non-PCM controlled engines, GM and aftermarket control modules are required and used to control the operation of the transmission in these scenarios.

The 4L80E transmission may feature two speed sensors, one for turbine input speed and one for output speed. It uses the Input Speed Sensor to monitor input speeds to compare against engine speed and output Shaft Sensor speed, using this data to adjust shift speeds under instantly detectable conditions. The PCM can command the engine to momentarily drop power during a shift if there's a possibility of clutch damage - a too-common problem in transmissions of other makes. Shift stabilization is achieved through these and similar strategies. Grade braking and clutch line pressure (for greater holding power) are additionally great features that are activated by Tow / Haul mode on the truck platforms.

Because the transmission requires a speed signal for shift control, conversion installers should be aware of their different configurations. 1991 - 1996 4L80E's should feature a speed sensor at the driver's side rear portion of the case, whether they are 2wd or 4wd applications. 1997 and later 4wd applications may omit the rear sensor as this data is available from the transfer case output shaft in factory applications. For the purposes of some adaptations, this omitted sensor and its internal reluctor ring may need to be installed by a transmission building professional for proper operation. 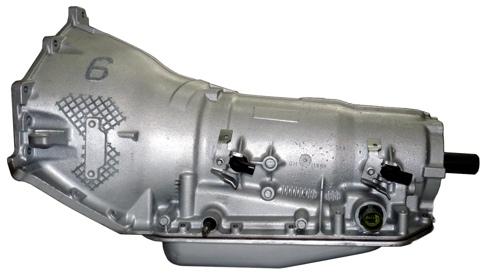 While the 4L80 is generally mechanically compatible with Chevrolet style GM engines, it does require a transmission controller. That controller may be the factory-integrated with the PCM as on 1991-1999 TBI & Gen II engines, with the 1999-2007 Gen III engines, or the 2007+ Gen IV engines. Or, the controller can be an external GM or aftermarket unit designed for earlier engines.

It should be noted here that Gen IV style 4L80's do not mix and match well, as they have an integrated Transmission Control Module and require a CAN bus network signal to an appropriately matched engine combination.

The 4L80 is doubtless a very successful OEM transmission, and a terrific conversion transmission in the right Jeeps and situations. However, with its 26-1/4" length, it is a longer transmission and is not compatible with short-wheelbase Jeeps such as the CJ5 in any scenario, or CJ7's if they have a lot of suspension lift. 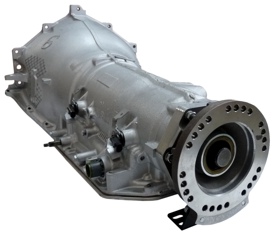 The 4L80, adapted and ready for a Jeep Dana 300 and the Jeep New Process transfer cases.

This transmission makes an excellent conversion transmission due to its adaptability into most Jeeps longer than CJ5s. Both 2wd and 4wd versions of the 4L80 can be used equally well, and there are no inherent advantages to either one once you have installed our adapter assembly.

The 4L80 has left us aficionados very impressed. It's an intelligently-designed and implemented transmission from GM and has a terrific record in GM and conversion situations.